Two-Sword Seminar with The Legend 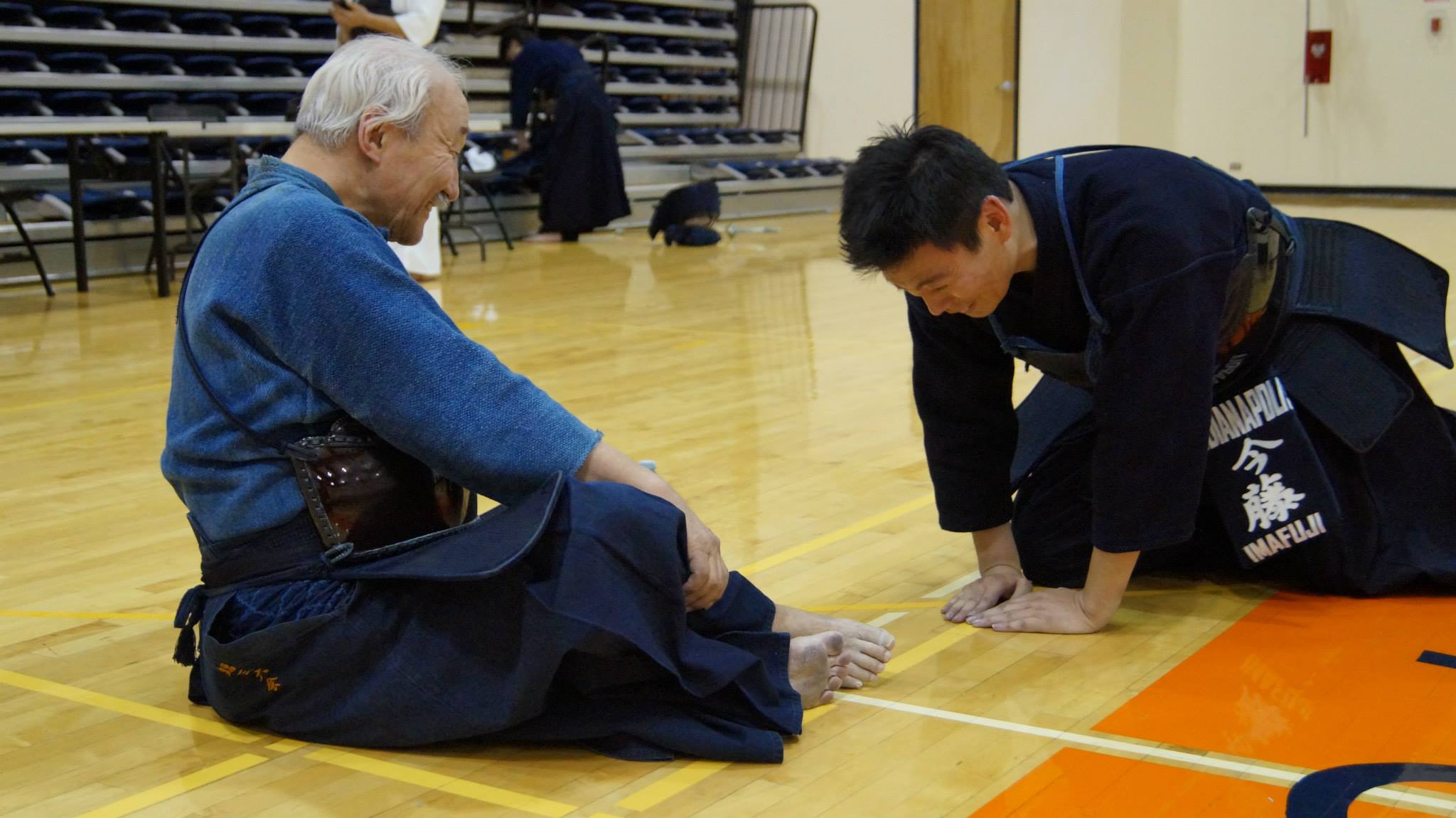 The 8th Annual US Nito Kendo Seminar was held by Idaho Kendo Club between June 26 and 28, 2015 in Ontario, Oregon. There is one word to express this seminar…Awesome!

Why was it so awesome?

I have three things (columns) that made the seminar so aw some!

These are three columns…

Those three are the main columns that I learned for my future kendo and characteristic development. 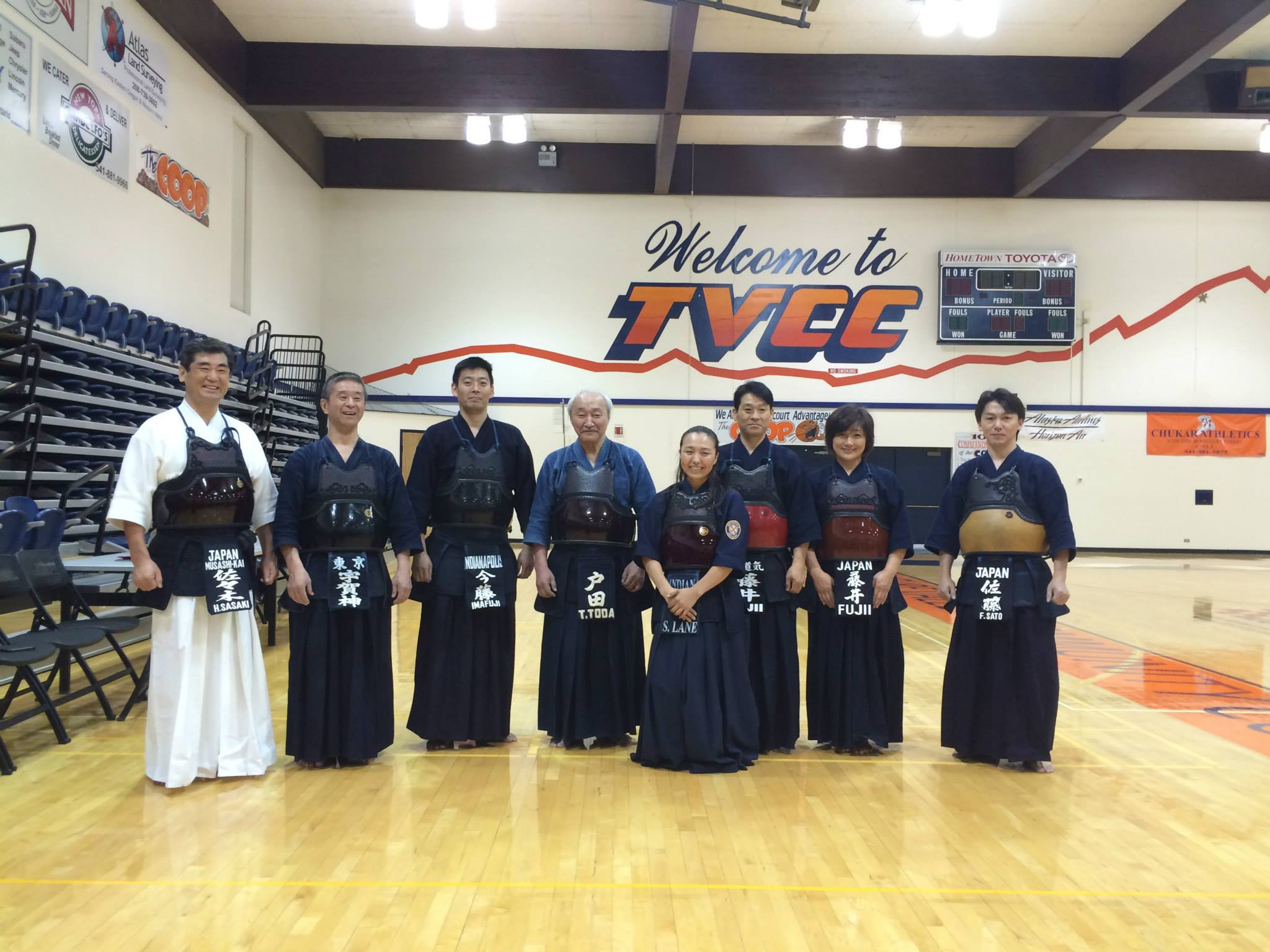 The senseis from Japan were awesome. First of all, the legendary nito practitioner with 8-dan hanshi title, Tadao TODA sensei was there. If you do not know who he is that is OK. Now you will know.

I am not done yet.

Even though he was famous for his jōdan, he started to take a stance of nitō in his 50s. With his strong foundation of the jōdan skills, he became well-known as Toda in Nitō. In 1998, he passed his 8-dan with his nitō stance. He is the only person who passed 8-dan with a stance of nitō. In 2010, he received a hanshi title, the highest title of kendō.

Now you know how strong and great he is. He is currently 76 years old and in a position of an executive advisor and a member of International Committee of All Japan Kendo Federation.

But these things do not make him a real samurai, do they? That is why I think I am very lucky to have this opportunity to participate in the Nitō seminar held by Idaho Kendo Club led by Robert Stroud sensei. It is because I could meet him in person and I had privilege to be with Toda sensei as an interpreter. And this gave me more time to talk with him.

His kendō is very strong and he “never runs away”. His motto is not to retreat. You need courage to do so and of course you need to train not only physically but mentally to do so. He is very strict to himself.

He sees things very carefully so he can see the core of things, reality. So he observes and studies. He is very curious about anything including kendō. That makes him wise.

He is very honest but he does not say whatever he wants. He chooses his words so we understand. Talk to him when you have a chance. You know the words that come out of his mouth are true.

He has very strong eyes when he sees you. You can tell he does some kind of martial arts or something through his eyes. But you see his warmth in his eyes too. When he smiles at you know that he is really smiling. And when you see his smile, you know he is a full of love.

I am telling you about Toda sensei here but I must tell you all the sensei from Japan who came to the seminar had the quality.

They were so kind and strong. They wanted to share so many things with us. I really appreciate that they did not hold themselves back when teaching us. Loved it and loved them, real samurai! 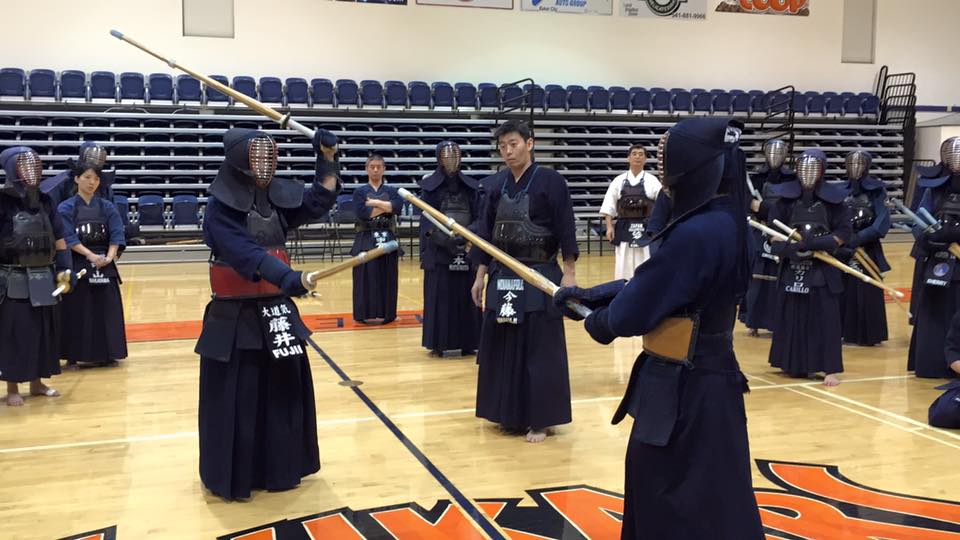 What is real kendō? This is the ultimate question. Here is the phrase I received from the late Juichi Tsurumaru sensei (9-dan, Hanshi).

I talked about this with Masayoshi Miyazaki sensei (7-dan, Kyoshi). He told me that the previous one is budō and the latter one is sports.

In sports, victory is important because you are fighting for it. So it does not matter how you score a point.

In budō, victory is important as well but also how you win is important. And the more mature our kendō becomes the closer our kendō should get to the budō kendō.

People say the modern kendō is sports. But the way I see is that the competition is a part of budō. Budō was derived from bujutsu. In old days, they learned and studied all the possible ways to live, i.e. win. Is there anything wrong? I do not see anything wrong.

However, bujutsu, the martial technique, became budō, the martial way. We no longer train to hurt or kill people. We train budō, it is kendō for us, to improve our human quality. That is why the victory is only a part of budō and we put a lot of value on the process of winning. And losing!

The important word here is “process”. Have you heard that kendo is the way of life? I think it is, and that is why the process of our training and our competition are very important.

We try not to live like that, that is why we train ourselves and discipline ourselves through kendo.

Each sensei of this delegation showed real kendo in that perspective. They fight fair and square. Their kendo didn’t have any techniques to get valid cuts by cheating and faking their opponents.

These senseis at the seminar demonstrated kendo that all the sensei tell us to do. That is why I called their kendo real kendo.

For what I think is ideal kendo, I mentioned two columns; real samurai and real kendo. This is the third column.

People I saw in this seminar were very honest and sincere. I should add, humble, too.

First, I would like to say how good and great the members of Idaho Kendo Club. It is so hard to pull off an event this big. And they did! And also Stroud Sensei. Without his leadership. this event did not happen.

Their smile was shining. Their eyes were shining. I could tell that they really wanted to learn the correct way of doing kendo, not only techniques. 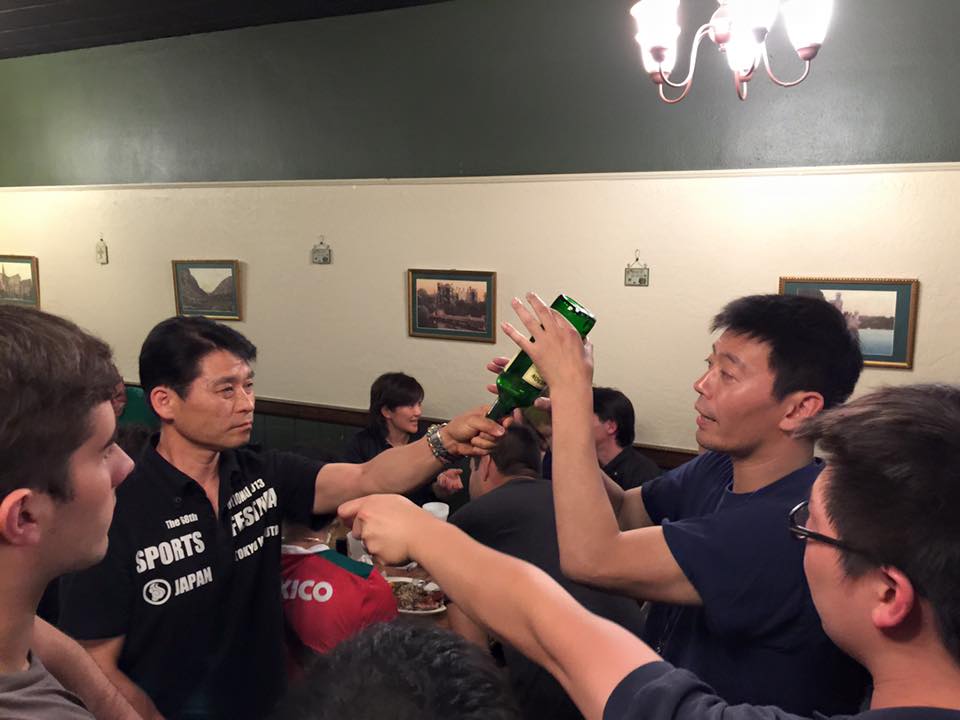 And the senseis as well gave them answers sincerely. I could see them trying very hard to share what they know with the participants thoroughly and sincerely. They answered all the questions, small and big.

By looking at that, I felt the connection between senseis and participants. And among participants as well. I could see that everyone was connected for one thing; kendo.

We had about 80 people at the camp. I see them connected, linked and bonded.

And when I felt that, I was really glad to choose kendo as my life time activity and did not quit. I thought of quitting a lot of times up until now. But I really thought continuing kendo was a great thing I ever done!

When people gather for one purpose, we can make a connection and bonding among us. Especially, though kendo, we talk through the shinai. We just cannot hide anything because how you do kendo is how you live.

Final words from me.

This is kendo I wanted to share with you. And hopefully this is the kendo you are chasing through your life.