What do you think it would happen if we did shiai without referees in kendo?

If hitting a target or not is a big deal in kendo why don't we let those competitors declare when they got hit? 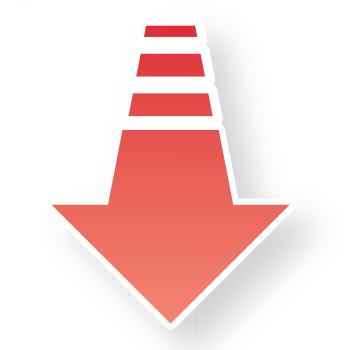 What do you think? Read what others thought about this. And don't forget to share your opinion!

Previous Opinions from the Previous Site

I believe you pronounced an excellent thing “kendo is not about hitting” but for discipline human character. If somebody loses and (s)he knows the opponent got ippon but did not hit a target – that’s ok. Here is the place for a discipline. This person is given a chance to learn how to calm down when something not fair happened. Our daily life is the same: we deal with situations when something goes “unfair” and in kendo we learn how to overcome such situations and become stronger.
That is my thoughts about this “hot” question.

One more thing about this is that many people will not accept other’s strikes; their mind will not allow them to do that. They will be looking for reasons why the cut was not totally successful. And I believe to them it is better to try to be humble than giving them more chances to grow their… maybe “arrogance” or so.

Experience:
We tried to do this in our dojo (more than five times). What we got – we found a lot of immortals  And as a result strongest kendoists admitted loses (by opening a target for opponent) after opponent did not agree with 3-4 ippons and time was going and going. Last time when we did shiai in our dojo we used one referee and everybody silently admitted referee’s decisions. Though there were mistakes, surely. Later we discussed what happened and exchanged our thoughts.

Hope not too long message.
Thank you, Olga

In Reply to Olga

Thank you, Olga! I enjoyed your writing! It was not too long.

However, that is the whole point of learning, isn’t it?

And also that is why we need a facilitator at shiai and probably
some facilitators around shiai-jo. So people who do not admit their loss
can back off when they are fairly struck.

Also the level of competitors are important too.

If they do not know what should be valid cuts then it will keep going or
they think a mere hit is a valid cut.

Thanks again for your input!

Yes. It would reinforce a persons character in honesty and good sportsmanship. Excellent training.

In Reply to Robert

Thanks, Robert!
This should work, I think. More like I hope!

Hi, Hiro san ,thank you for your thoughts ,i do not believe in shiai with referees because of the same arguments you told ,now i know i think right ,we practice shiai without referee and it is a great fun !! thank you very much ,nico

In Reply to Nico

Thank you for your comment. Let us know if you have such shiai in your federation!