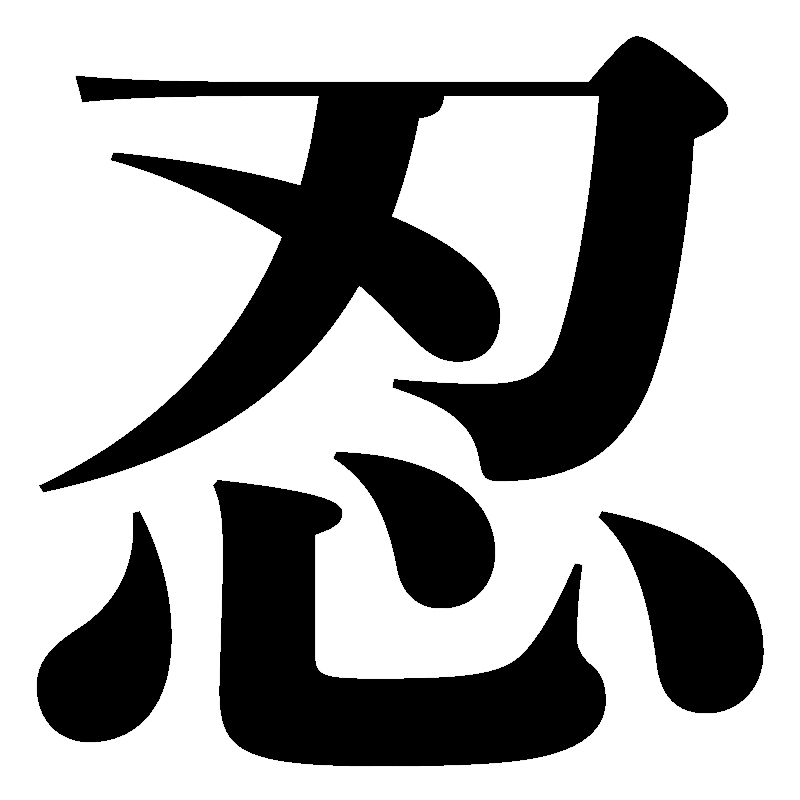 Shinobu: What Does it Mean?

What Does the Kanji with the Heart and the Blade Tell Us?

Shinobu consists of the blade and the heart.

Train your heart like the blade that is strong yet hard to be broken.

This is the idea of being patient in Japanese. The kanji itself is used to express “be patient”, “to endure” and “to bear”.

And this one kanji is used for ninja and it is read as shinobi. Shinobi is another word for ninja. Shonobi is a noun form of shonobu that means “to keep yourself under the radar”. What this really means is that you keep quiet no matter what happens to you. i.e. you must endure an unfavourable situation until you achieve your goal.

The title is the original, which is Chinese. In Japanese, we read it, "子曰く、巧言は徳を乱る。小忍ばざれば、則ち大謀を乱る。". So what does it mean?

Confucius says, “Those who outsmart others with cunning words lose virtues. Those who cannot endure small (unfavourable) matters won’t succeed in greater plans”.

When you want to accomplish something, you must deal with things that you don’t like, the little things that you can put up with and easily let go. There is a great episode about this.

Han Xin became a military general of Liu Bang who was the founder and first emperor of the Han dynasty. Since he trained martial arts, he had always his sword with him. One day, when Han Xin was walking down a street and a yahoo stopped him and provoked him to draw out his sword if he was brave enough to cut his head off or crawl through between his legs. Han Xin would’ve easily killed him but if he did he would’ve been punished for a murder and wouldn’t be able to succeed in his life. So, he chose to crawl through the yahoo’s legs. Everyone watching laughed at him. (based on EpocTimes.jp)  According to Wikipedia, he said “I endured the humiliation to preserve my life for making great achievements in future.” This story tells us to be patient if you have a big plan in your life.

This can also apply the way you do kendo too. If you want to “hit” a target by a tricky technique, you won’t understand what it means by “strike after you win”.  If your focus is to win a match or pass a grade, you cannot deal with yourself when you fail. These are small matters compared to training kendo based on the concept of kendo, which is to discipline the human character through the application of the principles of the katana.

Remember to train your heart as strong and flexible as the katana. 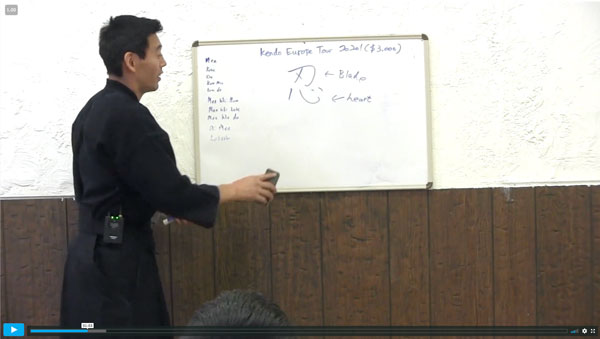