Etiquette in Dojo:
What to do and what NOT to do in a dojo

It doesn't matter what martial arts people practice, they call their training place "dojo".  And it is very important for us to know "what to do and what not to do in a dojo". To know these, you need to understand the concept of the dojo first.

Dojo is a place to train ourselves

A long explanation short, the dojo in kanji (Chinese characters) is a "place to practice the way".

The dojo is where we train ourselves to become better person so it is seen as a sacred place. I used sacred, but it is not so much in a religious way.

What I mean by a sacred place is a place that is filled with "purity", "honesty", "dignity", "respect", and "love". You do kendo to become better individual. So the place you practice kendo should not be evil, right?

Once you step into the dojo, you have to be ready to practice the way. You also should be filled with "purity", "honesty", "dignity", "respect", and "love". You should be humble to learn. For more information, please refer to "Meaning of the Dojo".

A gym is also a dojo

If you train at a gym such as a basketball court, you still have to treat the basketball court as a dojo, i.e. sacred place. Thus, you have to follow the same rules as an authentic dojo.

A home is also a dojo

If you don’t have anyone to train with so you don’t go to a gym to train kendo but you train alone at home. It doesn’t matter you are at your room or living room or at the backyard. If you train kendo, that is your dojo.

We must follow etiquette in dojo wherever we train. 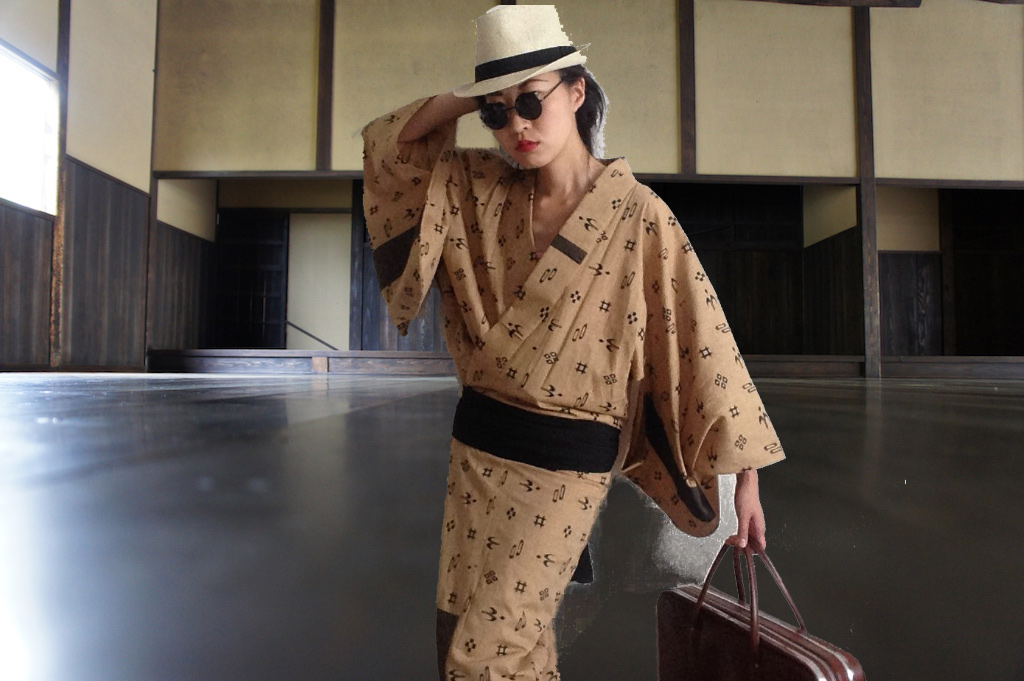 Very Stylish But No Hats, No Sunglasses At Dojo, Please

Ok. Now we all know that the dojo is a very serious place. I list MUST-NOT-DO in the dojo below. 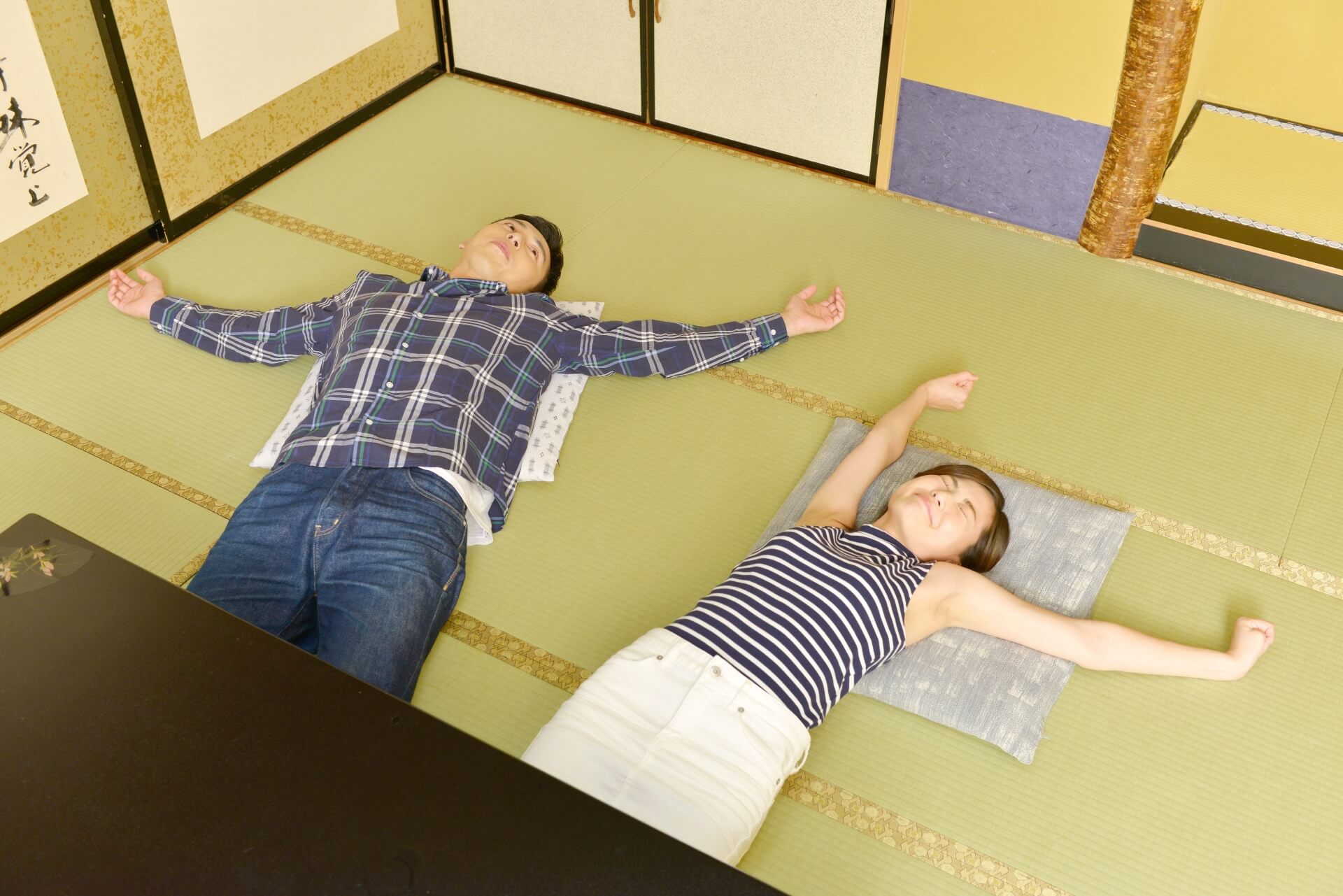 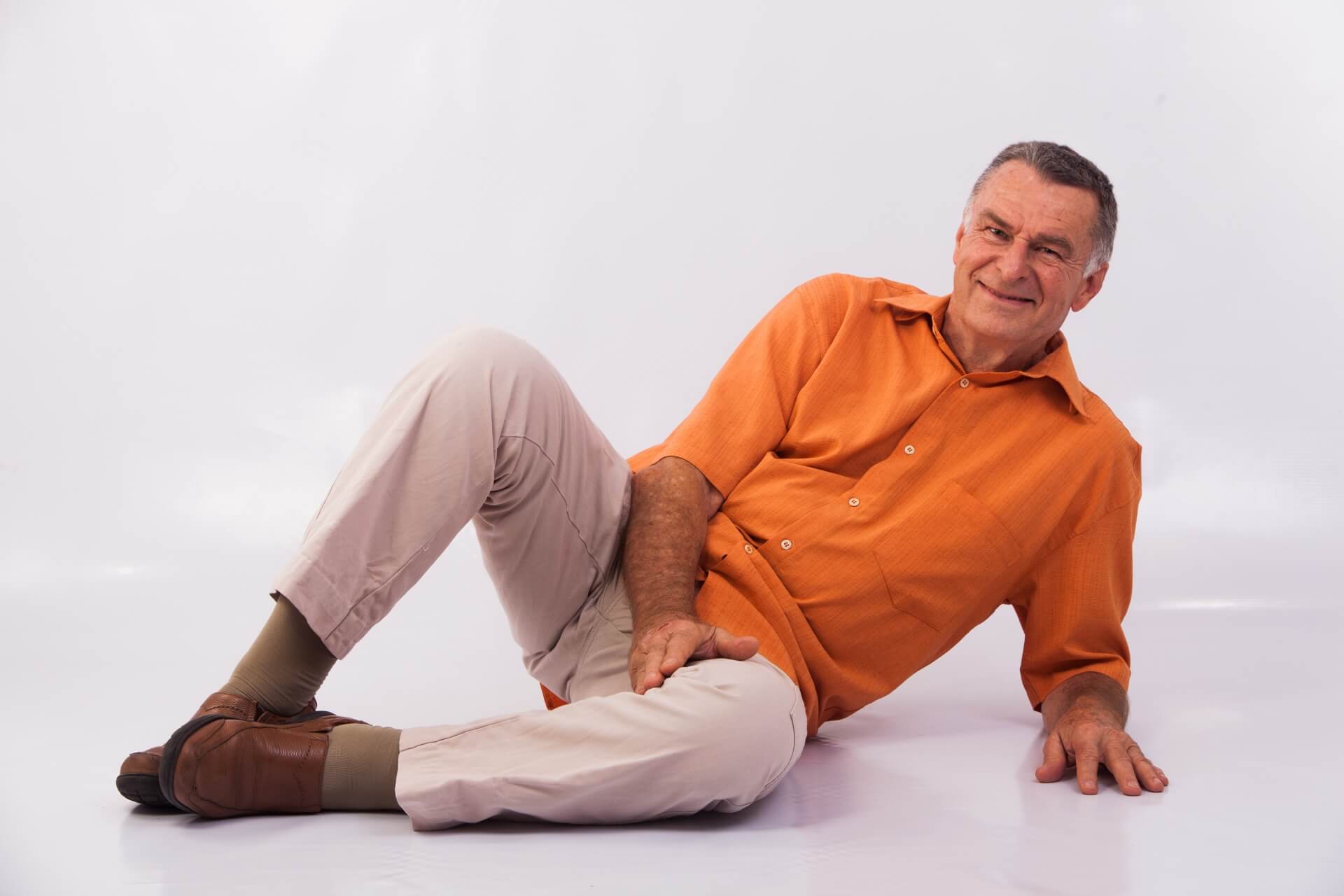 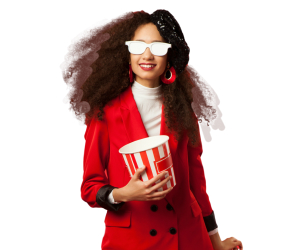 Don't Even Think About Coming In to the Dojo!

You have to bow when you walk into and walk out of the dojo. Stop at the entrance and bow. It shows your respect to your dojo, the training place for you to become better person.

And it also makes you ready to train. After all, if there is no dojo, you cannot train. So you are showing appreciation too.

You have to bow every single time when you come in and out. Again it is a sacred place, so you want to show your respect every time.

These are not well-known. I should say TRADITIONALLY we must not keep wearing a jacket, coat, and cap/hat in a dojo.

Probably you are thinking why? I also came to that question. Not wearing these in a dojo was normal to me but recently many Japanese don't follow this tradition anymore because they don't know why.

It was normal for me but to many it is not normal. So I had to come up with an answer for that.

In Japan, we take off shoes when we go into a building such as house and dojo.

There are many schools now that let their students keep their shoes on in class. But in my case, from elementary to high school I took off my shoes before entering a school building.

This is why I think: shoes are for outside. Jacket, coat, cap and hat are all for outside. We don't need them inside the building. Probably it is the same in some countries.

So I think taking off hats indicates showing respect. Why? If we take off our hat, we are revealing ourselves. Maybe. Nothing to hide. In that way, they can trust you.

You see, etiquette in dojo is not very special sometime. If we sit back and look at our own culture, we can find something common in our cultures.

So all we have to do is to apply it to kendo as etiquette in dojo.

You see a lot of people who wear jacket at tournament, don't you? This is not a good idea, but what else shall we wear?

I think this should be an exception. Some Japanese universities wear a Japanese style jacket (haori). We don't have to take off haori inside. So this is ok. 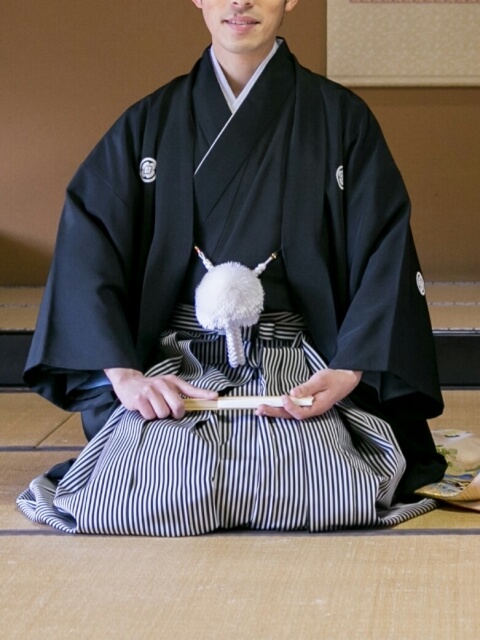 Haori is a Japanese Traditional Jacket.

two ways to sit at the dojo 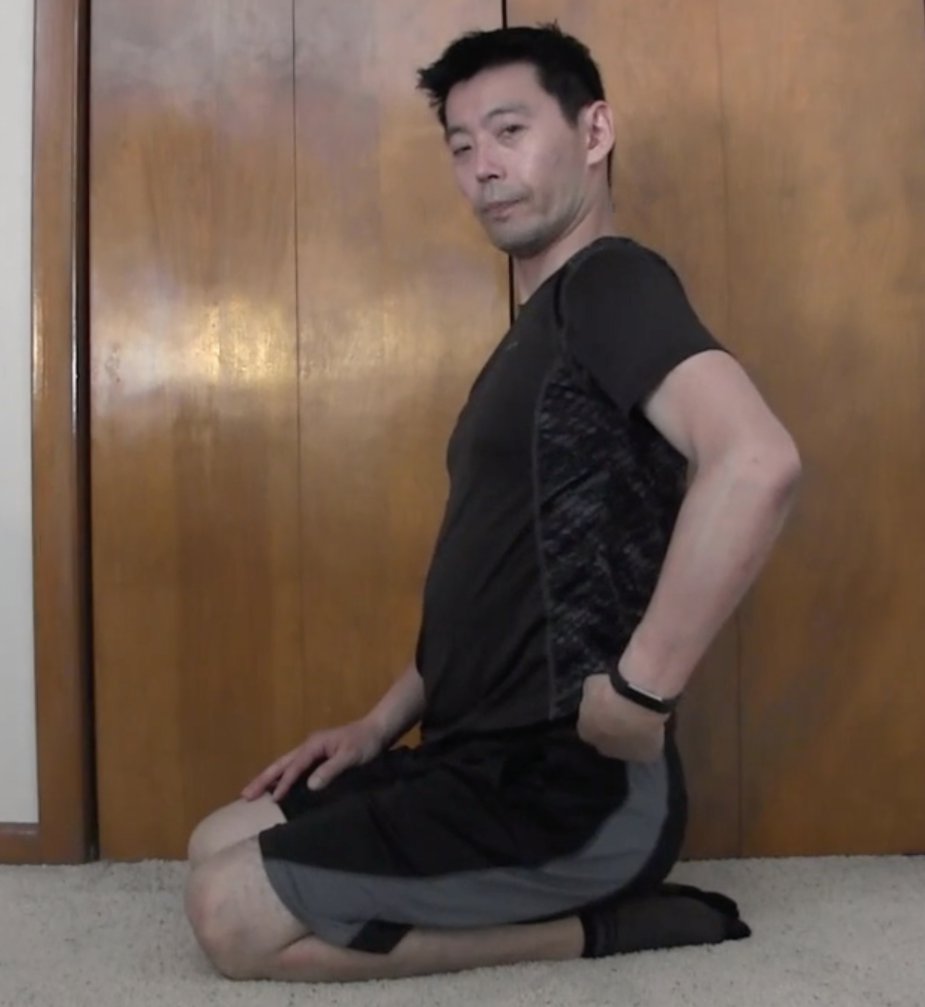 Seiza: The Typical Way to Sit at the Dojo

Basically we only have two way of sitting in a dojo, seiza or agura (crossing legs). No other ways of sitting should be applied in a dojo.

However, some people with knee injuries can do neither of them, seiza or agura.

If that is the case, they should be allowed to sit in a way that they can sit. I suggest you to talk to your sensei if you have a problem with sitting in seiza or agura.

Many people sit on their knees and keep the body straight up because they cannot sit in seiza or agura. 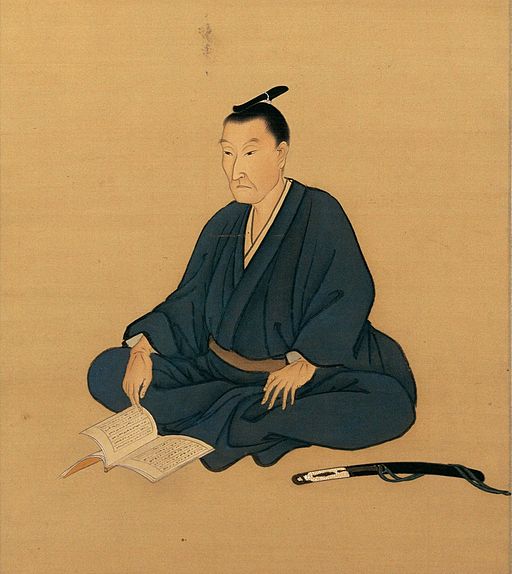 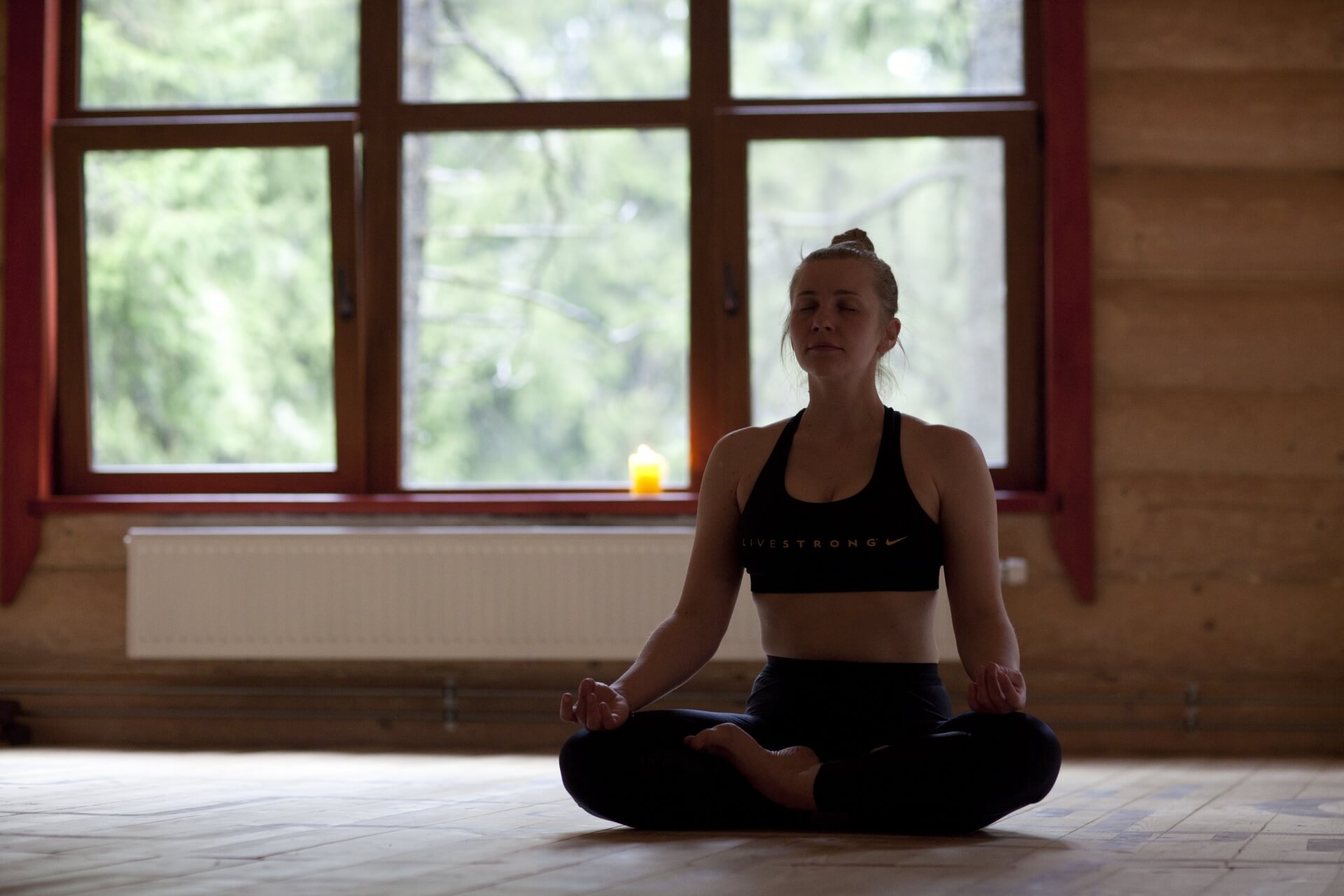 Half lotus in Yoga. Agura in Japanese

You never lie down in a dojo on purpose.

・ Eating/Drinking in a dojo (except special occasion)

If you walk into a dojo chewing a gum or eating, you are in a big trouble. Well, again traditionally.

Now lets go back to the origin of kendo. Would you go to a battle or a fight while you were eating? You should be more serious than that. :)

Once you get into a dojo, you should be ready to train KENDO, right?

This thought/concept lies in kendo. We must remember the concept all the time; otherwise, kendo becomes a hitting sport. In this aspect, etiquette in dojo is pretty unique.

More about the etiquette at the dojo