Win the Battle with Effective Seme 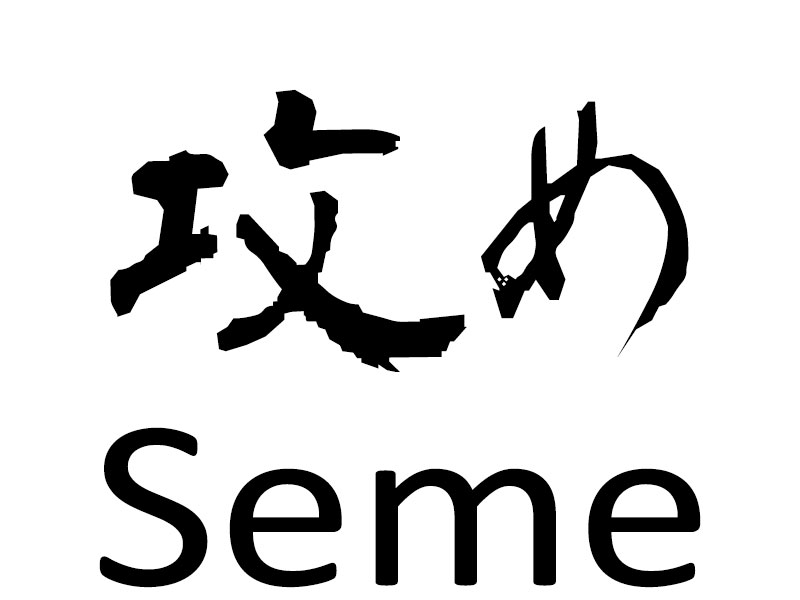 As you advance to certain level in kendo, you find that your strikes are not working. Simply you cannot strike your opponent at all.

During the fast paced battle, you need to find a chance to strike or create an opportunity to strike. When you see a chance/opportunity, you must not wait. You should execute your technique. So before we get into seme in detail, there is one thing we need to do.

Get Ready to Execute Anytime

Your opponent is also trying to execute techniques on you. They won’t let you do what you want to do and neither will you. Offense and defense change rapidly. During this rapid changes, you must keep one thing; be ready to execute your technique.

You must execute your strike when you think you should. Period. You can get an answer only after you executed your technique. You will never know if your strike would work before you strike. That is the only way you can find out if what you have been doing actually worked or not.

Develop Your Techniques on Certain Patterns

The more techniques you have on certain patterns, the more confident you will become.

If you are confident, you can be in control of the battle. You can start making your opponent move as you want. You can set it up so you can evoke certain response you want from your opponent.

We all want to do this. If you know how, then you don’t need to read from this on.

This article is for those who don’t know how to do it or don’t know where to start.

What Happens if Your Seme Works?

Have you never wonder the followings?

First of all, if your seme works, what do you think would happen? This is the start. Do you know what you want from your opponent from your seme?

You are looking for an opening. What do you consider as an opening? Here they are...

These are considered to be good time to strike. But let me explain them a little more.

Understanding the State of Your Opponent’s Mind

There are two states of mind you should pay attention to; Kyo and Jitsu

5 opportunities mentioned above to strike are easy to tell. You can see what your opponent is doing; blocking, staying, retreating and so force. But if your opponent is in the state of jitsu, you shouldn’t execute your strike because they are well-prepared for any situation.

When you are in the state of jitsu, you are focused, well-prepared and fully awared of what’s going on. You don’t react to your opponent’s movements easily. You are filled up with ki energy. When your opponent is in this state of mind, you shouldn’t execute your strike until the state of mind changes into kyo.

Kyo is opposite of jitsu. In other words, you have developed one or more of 4 sicknesses; surprise, fear, doubt, hesitation.

From your seme, your opponent must get surprised, feel fear, or develop doubt or hesitation. Then these above mentioned opportunities will be truly your opportunity to strike.

How can you tell that your opponent is in the state of kyo?

These are the hints of kyo. You should carefully observe your opponent’s movements to judge your opponent's state of mind and execute your strike on these opportunities.

How do You Create the State of Kyo?

This is actually how to do seme. Seme has two types. Physical seme and mental seme. Mental seme can safely be translated as pressure. You feel some pressure from your opponent, especially when you are against someone a lot higher than you. You feel like you cannot do anything. You are already beaten psychologically. But let’s talk about something easier; physical seme.

Keep striking fiercely is one of the ways to kill your opponent’s techniques but there is another way. You make your opponent feel like you are a lot better than you. This includes

The impression is very important. Needless to say,  you need to be as good as you look.

The Tame: One Last Pressure

This is a concept that hard to grasp. Tame is more like to put your technique on hold. For example, you know your striking distance. So when you get into that distance you should strike. Of course, you have to do things like the above mentioned three killings so a possibility that your technique works increases.

Now you are in your striking range but you don’t execute your strike there. You hold it for a second or you take a teeny-tiny step forward. In other words, put some more pressure at the very last moment.

The concept of seme is very hard to comprehend and even harder to perform. But I hope now you know where to start and where you should be going.

Home > Thoughts on Kendo > Win the Battle with Effective Seme