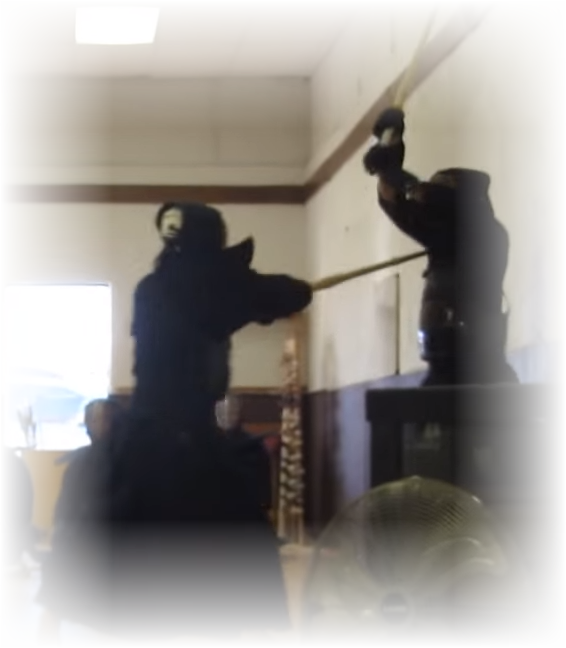 Tsuki on Hiki Men (An Opportunities to Strike)

Just about to Strike

This sounds easy enough to do but if you react to your opponent’s men, in this case, your kote strike won’t be successful. You’ll probably get struck. Here is the key to successful degarashira techniques.

Because you are in control, you know your opponent is coming to strike you. So the rest is easy. You just get him/her.

When Your Opponent is Done Striking 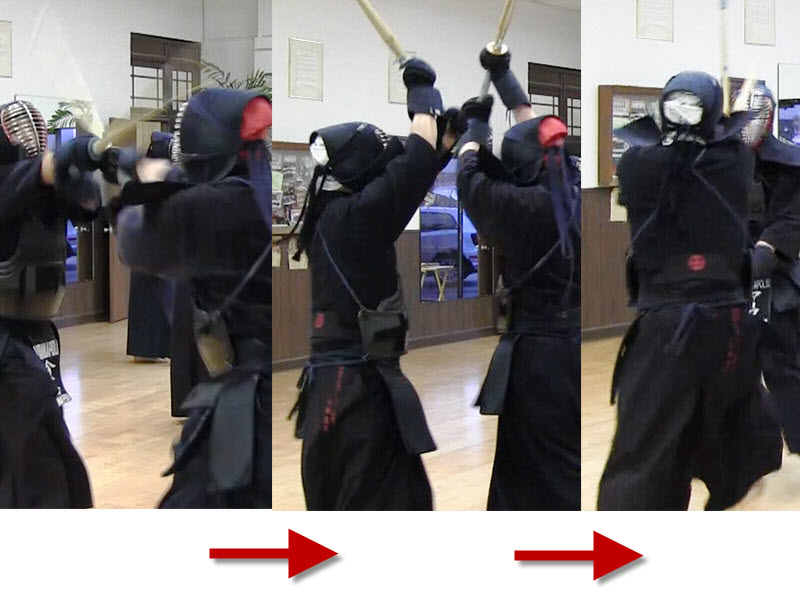 Have your sensei or sempai (senior students) struck you when you were just about to turn around after you were done with your strike and passed through?

Have your opponent struck you when you stopped after you executed a strike?

Do you know why they could get you?

That is because you relaxed after your strike.

When you are executing strikes, you are energized and focusing on your targets you’re striking. But after you are done with striking, you take a moment or break. In other words, you lose your concentration.

This is another example. You strike and get into tsubazeri-ai. You are just about to get into the position of your tsubazeri-ai, your opponent executes a hiki waza (techniques executed while stepping backward).

You might not think you are relaxed there but your mind is getting ready to do tsubazeri-ai. There is a blank moment because the attacking mode is switched off before getting into tsubazeri-ai and the tsubazeri-ai mode is just about to take place. Make sense?

This is a great moment you strike. Easy to say, I know :)

If you have not heard of the term, itsuki, that’s’ fine. Basically your mind goes blank and thus your body freezes. So you cannot react to your opponent. S/he gets you off guard.

There’re several situations when this happens.

* You can read 4 sicknesses or shikai for better understandings about the states of mind.

Which One Is Best For You To Try? 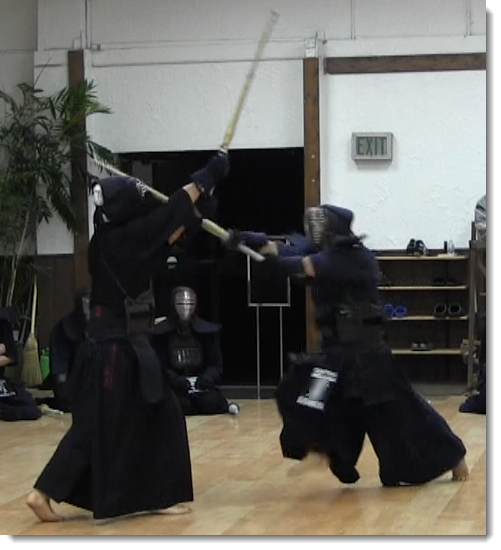 Striking the Left Men While Blocking the Right Side

But that is the moment you probably should not strike ALL the time. Don’t have an experience of hitting each other because you and your opponent always strike at the same time?

No.1 Advice: Don’t strike when your opponent’s striking you.

That is not the same as degashira. You must know the difference.

If you want to defeat your opponent with degashira techniques not by accident, then you’ve got to practice how you can control your opponent too. You have to set your opponent up so they will strike your men but you will strike their kote as soon as they come and execute their men strike on you. They do not know it is a trap!

That is also why it is hard for beginners to do.

Did you notice that those three opportunities to strike are when your opponent is not striking? That makes sense, doesn’t it?

Remember that you execute techniques when your opponent is vulnerable to your techniques.